A covalent bond is a bond that is formed due to the equal sharing of electrons between two atoms. This is observed when the difference in electronegativity between the bonding atoms is less than 0.5

The covalent bond is one of the two basic types of chemical bonds in which atoms of the same electronegativity equally share the bonding electrons. Notice that is different from the ionic bond in which the electrons are transferred.

Taking the Octet rule perspective, in covalent bonding both the comprising atoms share electrons to achieve the octet configuration since neither has the capacity to accept electrons or donate electrons. For Example, consider Carbon which has 4 electrons in the valence shell. We may argue that Carbon that can either donate all 4 or share 4 electrons with other atoms to achieve its octet. In actuality, however, donating the electrons is highly unfavorable. due to the ionization energy required for carbon to lose 4 electrons. Hence, carbon prefers to share the 4 valence electrons through bonding. 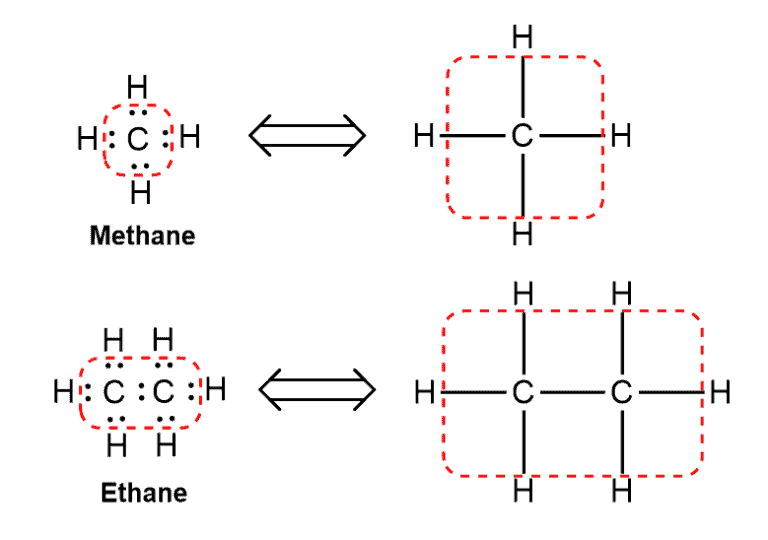 *All bonds in the red square represent covalent bonds. C—C and C—H bonds are covalent.