Treatment of alkenes with hydrogen chloride leads to the chloroalkanes. This reaction is called hydrochlorination.

It is very simple when the alkene is symmetrical. However, in cases where the alkene is unsymmetrical, regioselectivity in electrophilic additions is predicted by Markovnikov rule. Let us consider the reaction of propene with hydrogen chloride. 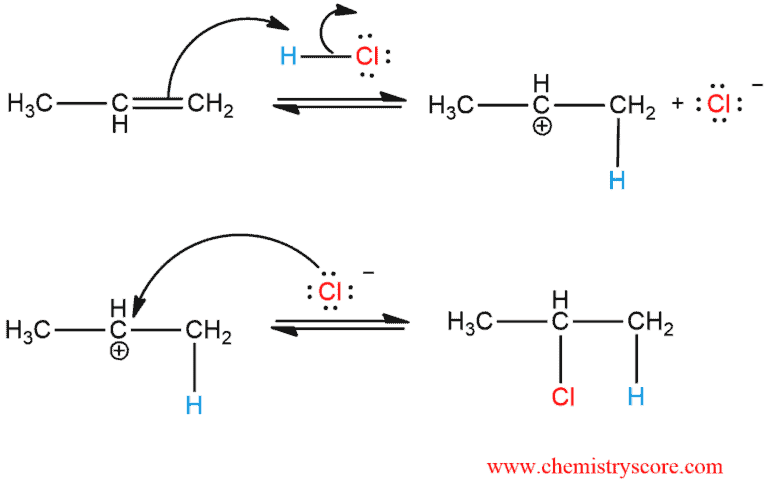 Protonation of Propene at C2 (Does not occur)

Protonation of Propene at C1

The regiochemistry of the reaction is determined in the first step, in which the proton attacks the π system to give an intermediate carbocation. Carbocation generation is rate determining; once it occurs, reaction with chloride proceeds quickly.