Functional groups are structural features distinguish one organic molecule from another. They determine a molecule’s geometry, physical properties, and reactivity.

Actually, a functional group is an atom or a group of atoms with characteristic chemical and physical properties. It is the reactive part of the molecule.

The functional group is bonded to the carbon backbone or skeleton which consists of carbon-carbon and carbon-hydrogen σ bonds. These bonds are strong, nonpolar, and not readily broken. This carbon skeleton can contain some other atoms of the so-called heteroatoms. This can be nitrogen, oxygen, sulfur, phosphorus and the halogens. Heteroatoms have lone pairs and create electron-deficient sites on carbon. The carbon skeleton can also contain multiple bonds (π bonds). The most common π bonds occur in carbon-carbon and carbon-oxygen double bonds. They are easily broken in chemical reactions and makes a molecule a base or a nucleophile.

From these examples of functional groups can be concluded that an example on the left contains the electrophilic carbon which is marked as delta positive and this is an excellent place for a nucleophilic attack. The oxygen contains two lone pairs, it is marked as delta negative and it is capable of hydrogen bonding. And the example on the right has π double bond as a functional group and it is also capable of hydrogen bonding.

Here are some functional groups that are often encountered in organic chemistry: 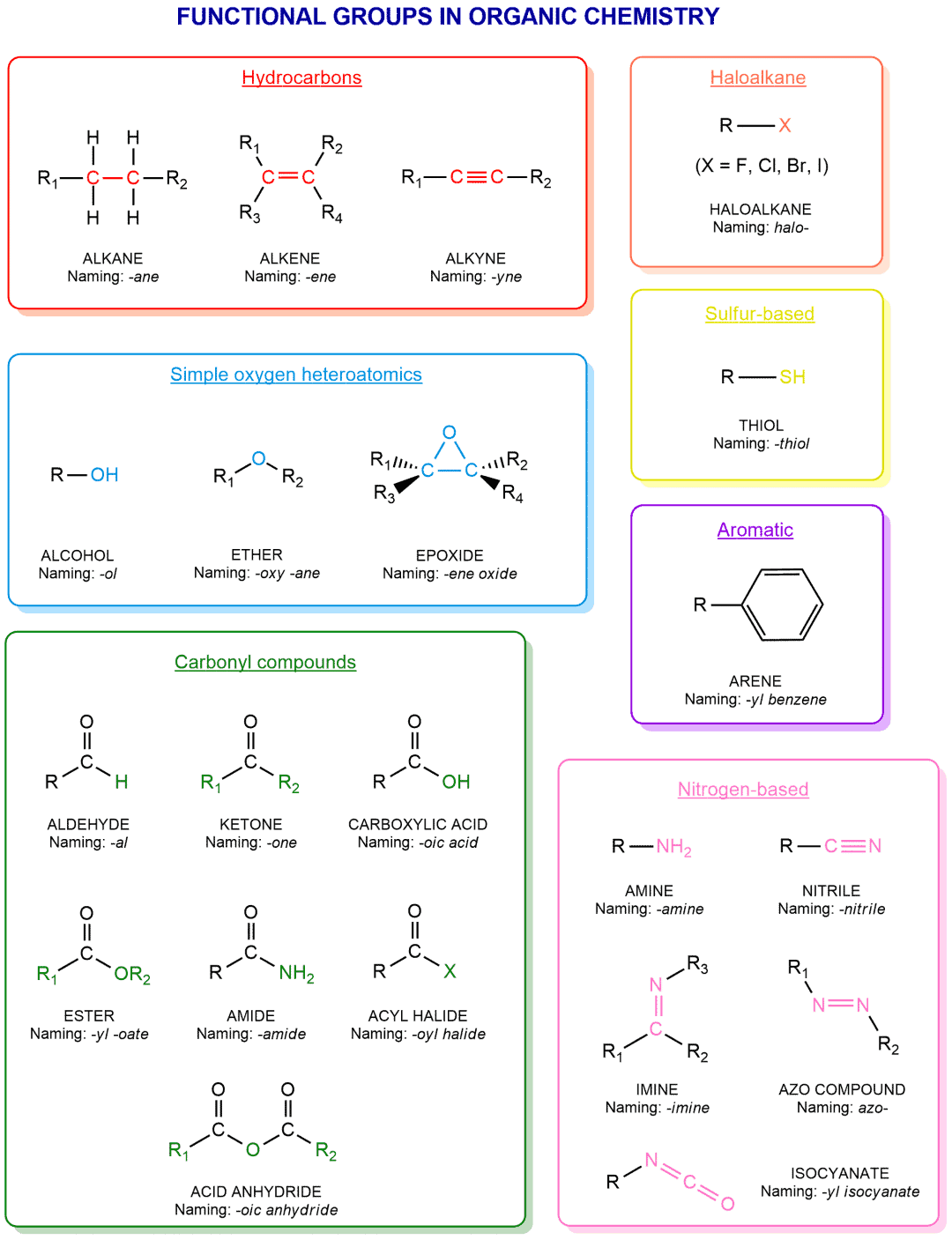 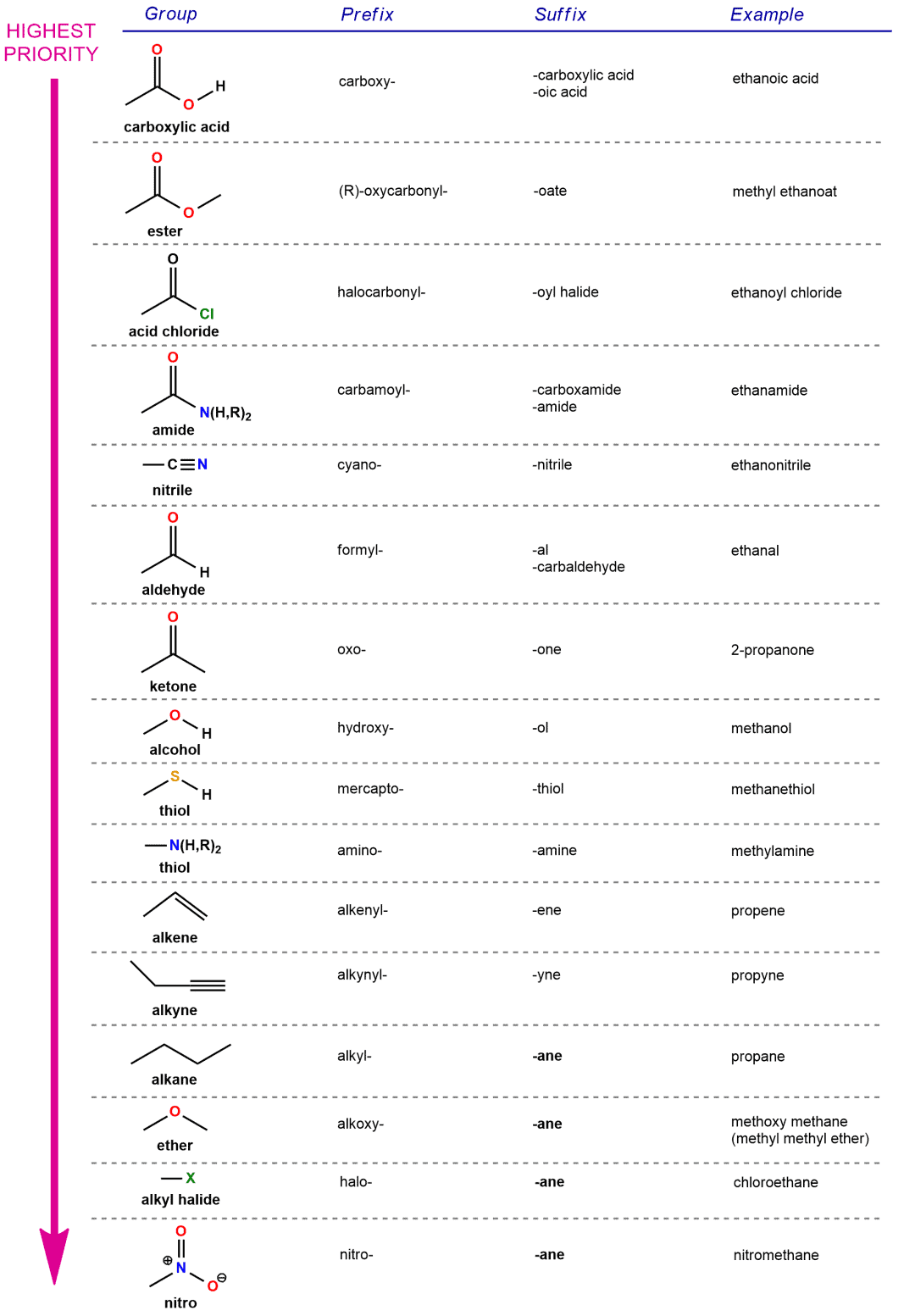 If you have any questions or would like to share your reviews on the Functional groups in organic chemistry, then comment down below. I would love to hear what you have to think.