The Wittig reaction is a useful way of forming alkenes from phosphorus ylides (Wittig reagents) and aldehydes or ketones. 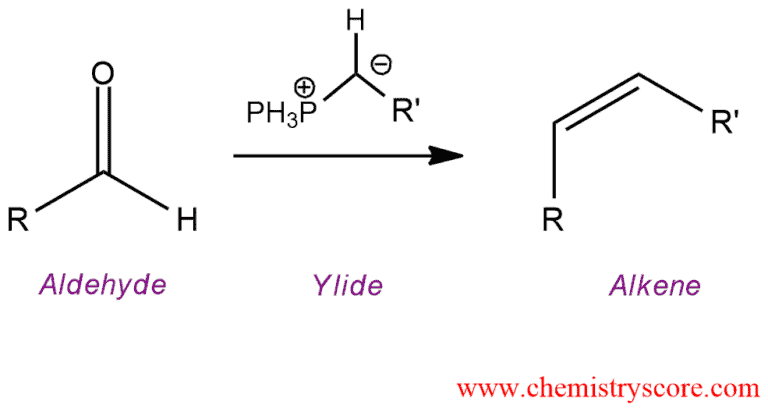 The chemical reaction of an aldehyde or ketone with a triphenyl phosphonium ylide yielding alkene, and triphenylphosphine oxide. 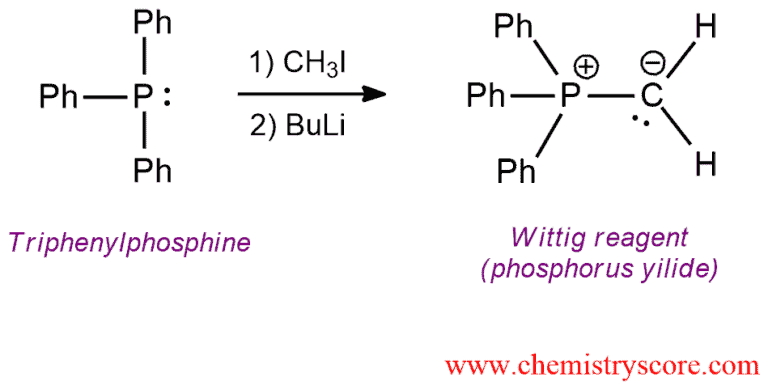 The mechanism of this reaction consists of two steps. In the first step, the negatively polarized carbon in the ylide functions as a nucleophile and attacks the electrophilic carbon of carbonyl group. The oxygen from carbonyl group immediately attacks phosphorus from Wittig reagent which is positively charged. This simultaneously double addition is called [2+2] cycloaddition, and the product called an oxaphosphetane or oxaphosphacyclobutane. This intermediate then in the second step undergoes fragmentation to give the alkene product.