In SN2 reactions, the side opposite the leaving group, which is where the nucleophile attacks.

(1) High Electron Density: Lone pairs create regions of high electron density, which blocks the entire front side of the respective compound. In effect, the nucleophile can not attack from the front and is forced to attack from the back. 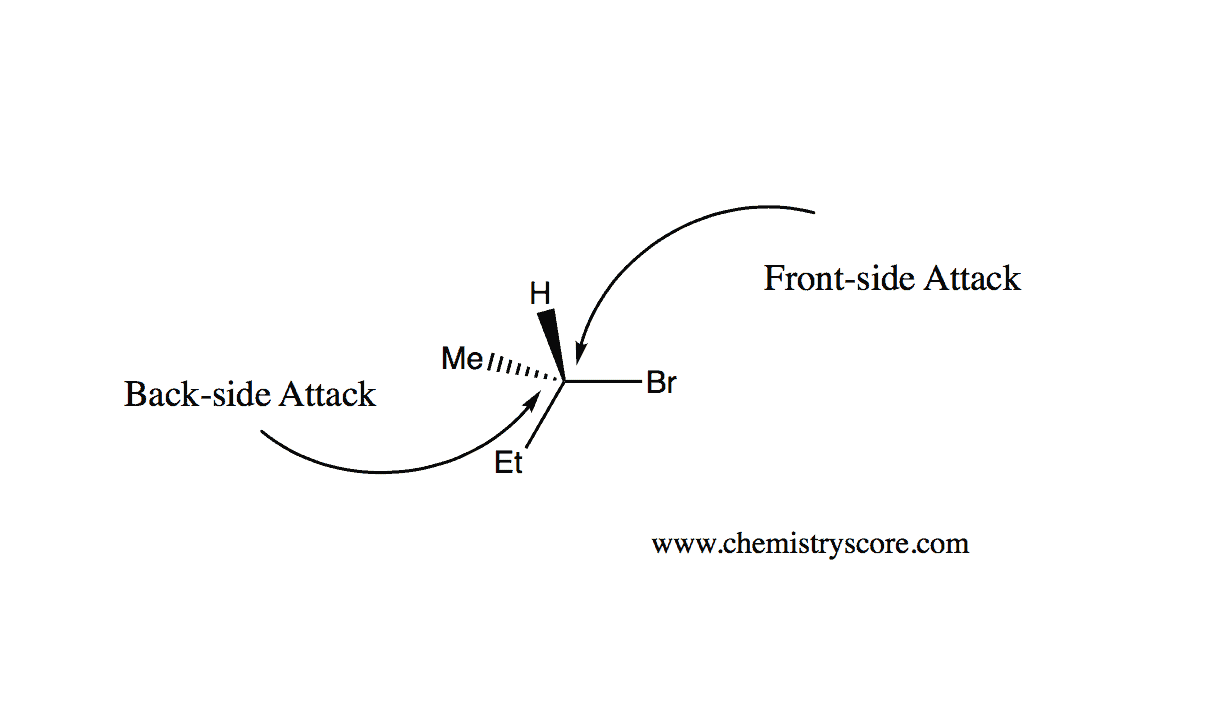