Liposome vs. Bilayer: What Is The Difference? - ChemistryScore
Skip to content

Liposomes and Bilayers are very similar in that they both have fatty acids comprised of a polar head group and a non-polar (hydrophobic) tail.

So how can you distinguish both?

A liposome is a closedsolvent filled vesicle that contains a single bilayer.

For example, in the image below, in is clear that an acqueous solution has been isolated from the environment. 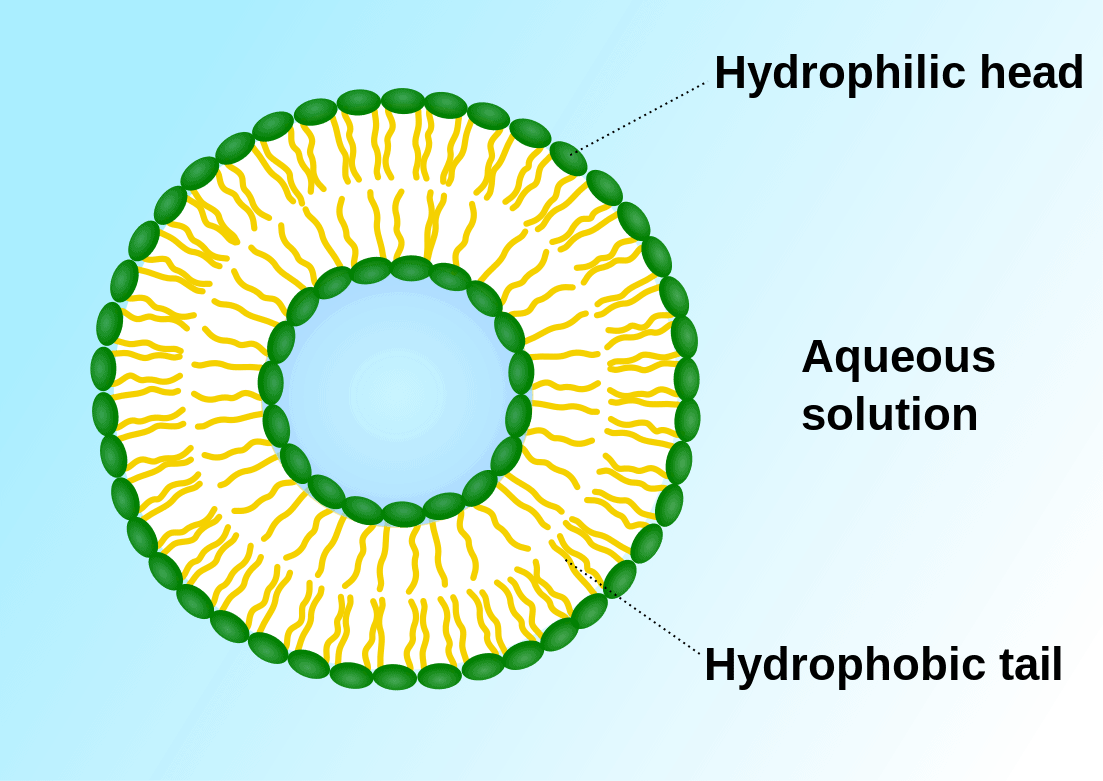 What Is The Bilayer?

The bilayer is composed of the following elements:

What is A Micelle?

Micelles are similar to bilayers except that only contain a single fatty acid tail.

Micelles are also referred to as “amphiphillic” because they can either act as either polar or nonpolar (hence, why it is used in soap to cling to various grime whether it be polar or nonpolar)