Addition of lithium aluminum hydride to esters leads to the formation of primary alcohols (after addition of acid).

When treated with lithium aluminum hydride abbreviated LAH, esters are reduced to yield primary alcohols. As well as most mechanisms of reduction with LAH (reduction of aldehydes, ketones, carboxylic acids, amines), this process is somewhat complex, so that a simpler version will be shown.

Mechanism of Reduction of Esters to Alcohols 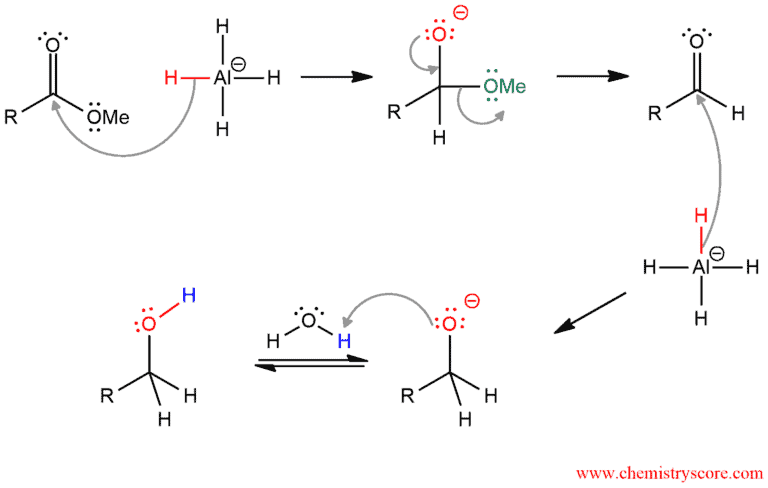