Hydrobromination is the treatment of alkene with hydrogen bromide where alkane bromide is formed.

When we have unsymmetrical alkene we need to predict regioselectivity in electrophilic addition. The mechanism is shown in the following reaction: 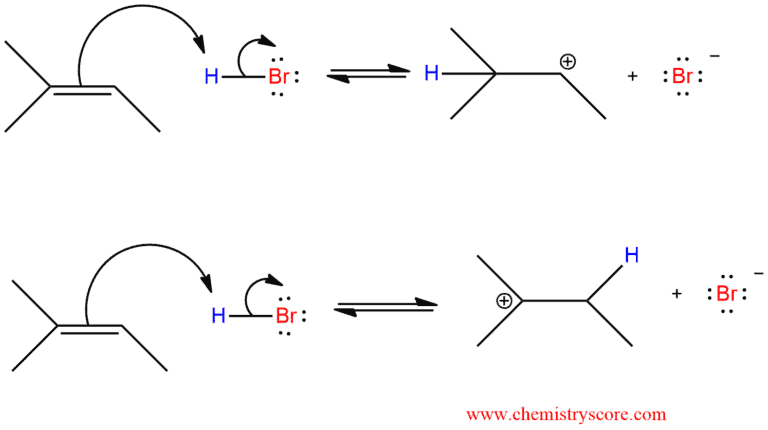 Which of these two cases is favored? And why?

As we know according to Markovnikov rule, the proton is added to less substituted carbon, whereby a more stable carbocation occurs. This means that in this case, it would be a tertiary carbocation.

After that, in the second step, when a good nucleophile Br- is present, it comes to its addition. And the end product is quickly formed.