Brønsted and Lowry have given us a simple definition of acids and bases: An acid is a proton donor and a base is a proton acceptor. Consequently, electrophiles and nucleophiles are species in organic chemistry that interact very much like acids and bases.

It is a nucleophile reactant that provides a couple of electrons to form a new covalent bond, we can say that it acts as a Lewis base. A Lewis base contains at least one lone pair of electrons, and a Lewis acid is a species that contains an atom that is at least two electrons short of a closed outer shell. 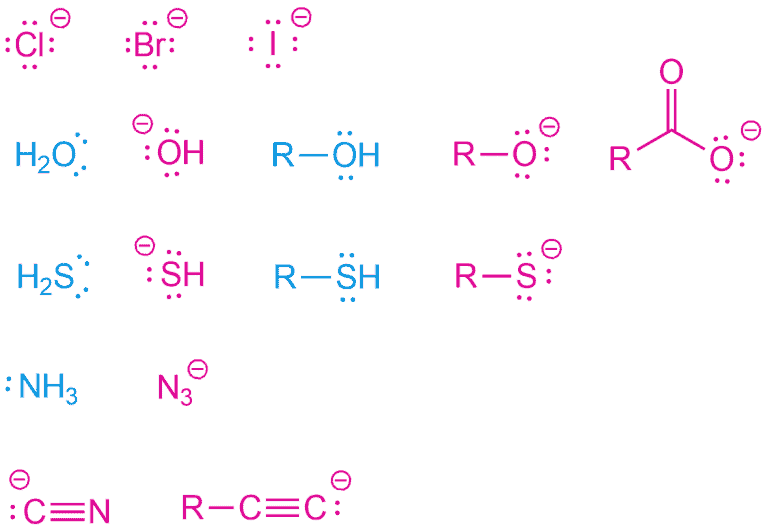 Nucleophiles all have pairs of electrons to donate and tend to be rich in electrons. As you can see, they can be neutral or charged (of course, negative).

Therefore, there are three types of nucleophiles:

Each of these examples above has lone pairs on an electronegative atom (C, N, O, S, X). Some bear a negative charge and is, therefore, more nucleophilic than neutral. Nevertheless, neutral molecules can still function as a nucleophile, because the lone pairs in these molecules represent regions of high electron density. Any atom that possesses a localized lone pair can be nucleophilic.

The π bonds can also function as nucleophiles because a π bond is a region in space of high electron density (above and below the plane).

Finally, the pair of electrons in a σ bond can, on occasion, also act as nucleophiles. This class of nucleophiles is probably more subtle and less commonly encountered than the previous two, but you might recognize it when you see it. 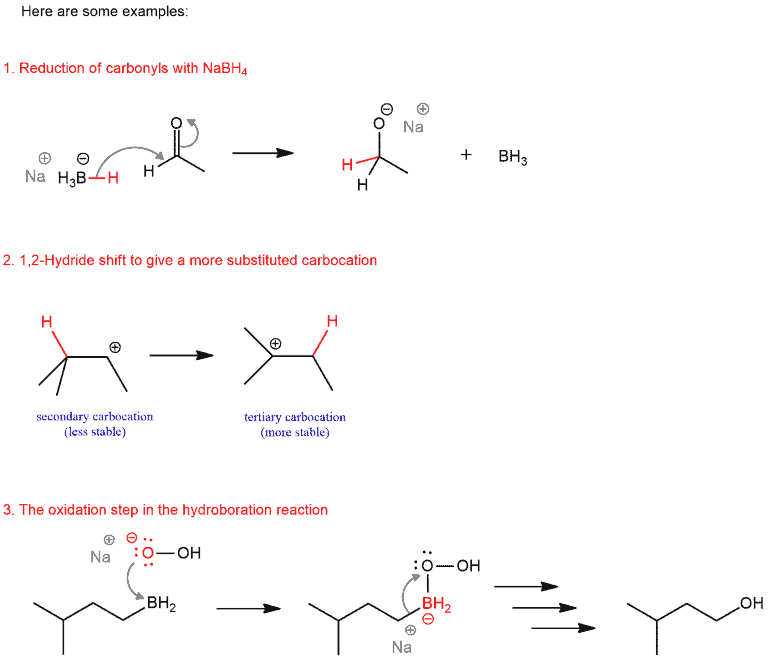 Here are four factors that make a good nucleophile:

If we have a polar protic solvent (such as water, alcohol, carboxylic acids) it comes to hydrogen bonding between nucleophile and hydrogen from solvent.

For example, if we have a fluoride ion (nucleophile) in a alcohol (solvent), this alcohol will participate in hydrogen bonding with a fluoride ion, creating a “shell” of solvent molecules around it. The fluoride will be significantly less reactive, as its individual pairs of electrons will interact with the electron-poor hydrogen atoms of the solvent. 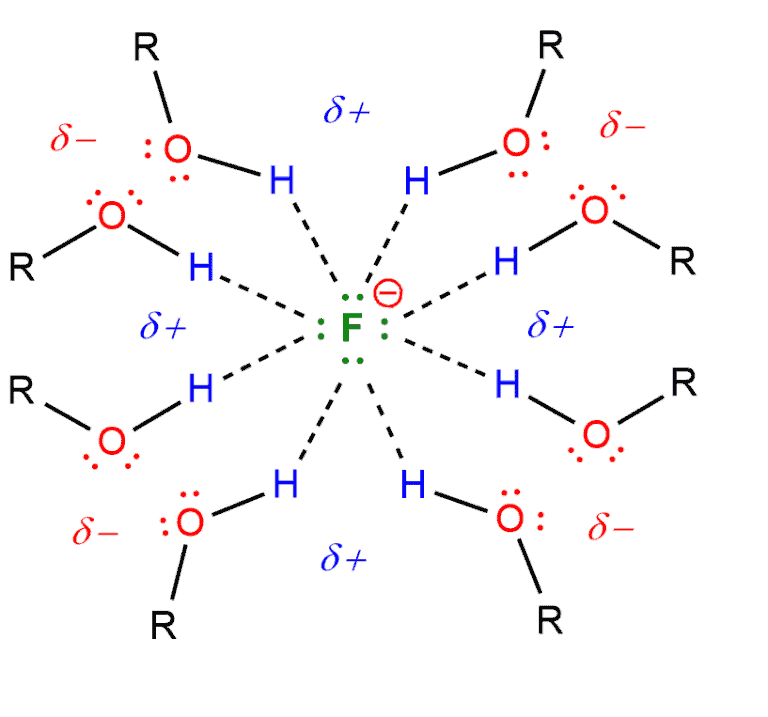 If we compare fluoride and iodide, iodide will also form hydrogen bonds with alcohol. But iodide is bigger than fluoride, and therefore, it’s going to be less tightly packed. On the of that, iodide is more polarizable. The strength of a nucleophile is also affected by polarizability. Polarizability describes the ability of an atom to distribute its electron density unevenly in response to external influences. Polarizability is directly related to the size of the atom and the number of electrons that are distant from the nucleus. So, if we look at halogens in the Periodic Table, the iodide will be the best nucleophile, and fluoride will be the worst.
The ability of nucleophiles to participate in hydrogen bonding decreases as we go down the periodic table. Hence fluoride is the strongest hydrogen bond acceptor, and iodide is the weakest. In a polar protic solvent iodide is the best nucleophile, followed by bromide, followed by chloride, and then last of all is the fluoride.

BUT the opposite is true in aprotic solvents. A polar aprotic solvent doesn’t hydrogen bond to nucleophiles to a significant extent, meaning that the nucleophiles have greater freedom in solution. Under these conditions, nucleophilicity correlates well with basicity. Basicity and nucleophilicity are related but they don’t have the same concept. When discussing nucleophilicity we’re specifically talking about donating a pair of electrons to an atom other than hydrogen (usually carbon). When a species is donating a pair of electrons to a hydrogen (more specifically, a proton, H+) we call it a base. Thus, fluoride ion, being the most unstable of the halide ions, reacts fastest with electrophiles.

When discussing reactions in organic chemistry, we must take into account that orbitals at the carbon that participate in reactions are generally less accessible than protons are. The bulkier of the groups that are adjacent to a nucleophilic atom, the slower the reaction will be. This means that steric hindrance of the nucleophile makes it hard to react and therefore makes it a weak nucleophile.