The Malonic ester synthesis is a method for making substituted carboxylic acids. It is a combination of four reactions:

The malonic ester synthesis converts diethyl malonate into carboxylic acids with the introduction of two new carbon atoms. The malonic ester is a fairly acidic compound and is one of the key reagents used to achieve this transformation.

The mechanism of the malonic ester synthesis has four steps.

The first step is deprotonation of diethyl malonate. When removes the acidic α proton between the two carbonyl groups, the resonance-stabilized enolate is formed. 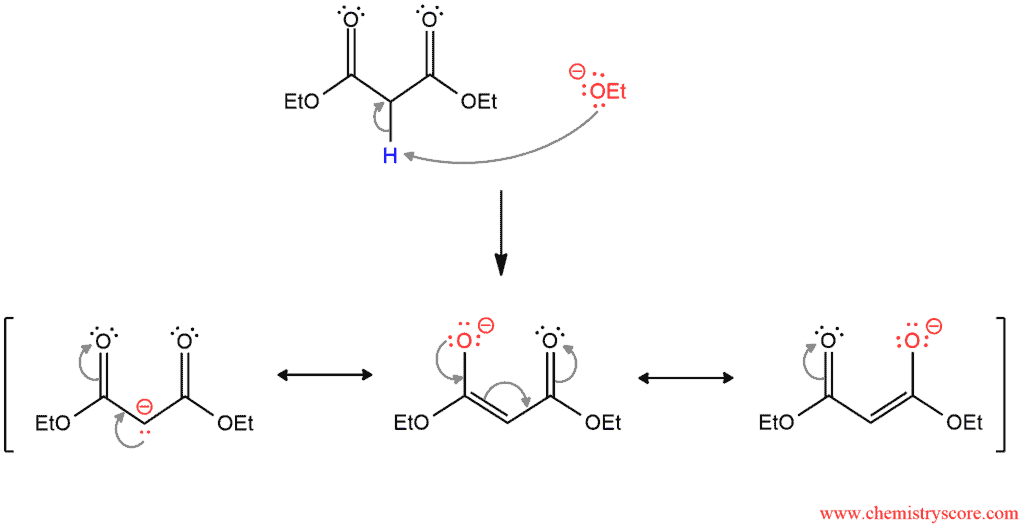 The second step is alkylation step. The nucleophilic enolate reacts with an alkyl halide in an SN2 reaction (yields are higher when R is methyl or a primary alkyl group).

The third step is hydrolysis. Treatment with aqueous acid then results in the hydrolysis of both ester groups. The acid-catalyzed hydrolysis of esters is performed at elevated temperatures.

And the last step is decarboxylation. Because hydrolysis is performed at elevated temperature, the resulting 1,3-dicarboxylic acid will undergo decarboxylation to produce a monosubstituted acetic acid and carbon dioxide. One of the carboxylic acid group is expelled as a carbon dioxide. This process occurs readily whenever a carboxy group is bonded to the α carbon of another carbonyl group.