The Mannich reaction is an organic reaction used to convert a primary or secondary amine and two carbonyl compounds (one non-enolizable and one enolizable) to a β-aminocarbonyl compound, also known as a Mannich base, using an acid or base catalyst.

The Mannich reaction is also considered a condensation reaction. This reaction is usually carried out with:

The mechanism of this reaction has three phases: 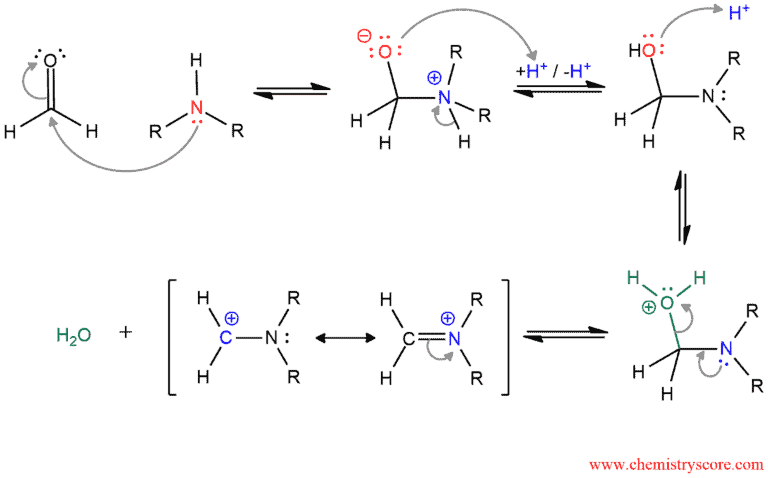 PHASE 2. Enolization of ketone. Ketones, as well as all carbonyl compounds, can tautomerize to the enol form. The oxygen of keto form is protonated and α hydrogen is removed to form an enol.