Treatment of an acid halide with diazomethane (CH2N2) followed by heating leads to the formation of a ketene which can be further used in many synthetic reactions. 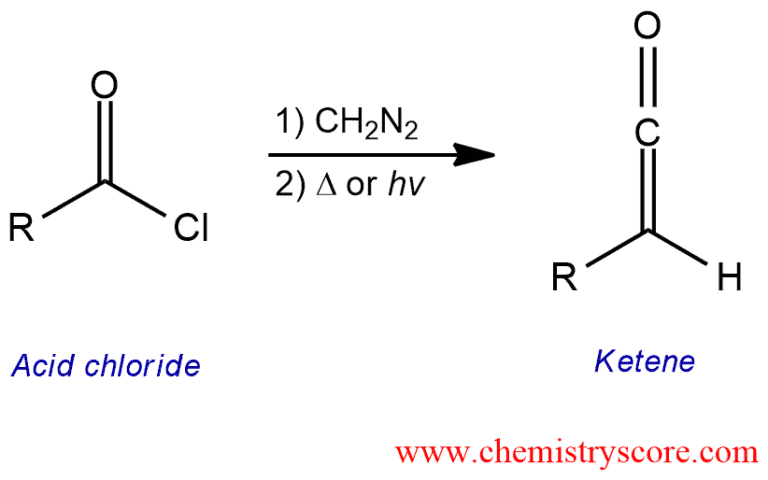 The Wolff rearrangement is a reaction in which an α-diazocarbonyl compound is converted into a ketene by the loss of dinitrogen with accompanying 1,2-rearrangement.

One of the resonance structure of diazomethane attacks the carbonyl carbon, the π breaks and the tetrahedral intermediate with a negative charge on the oxygen is formed. In the next step, the carbonyl group is reformed and the chloride ion is expelled as a good leaving group. Then, this chloride ion deprotonates α carbon and the diazo ketone which is stabilized by resonance is formed.

Possible mechanism 1: If the diazo ketone is heated or placed under light, the carbon-nitrogen bond will break to form dinitrogen and ketocarbene.

Ketocarbenes can either act as Lewis bases or undergo an intramolecular reaction called Wolff rearrangement. 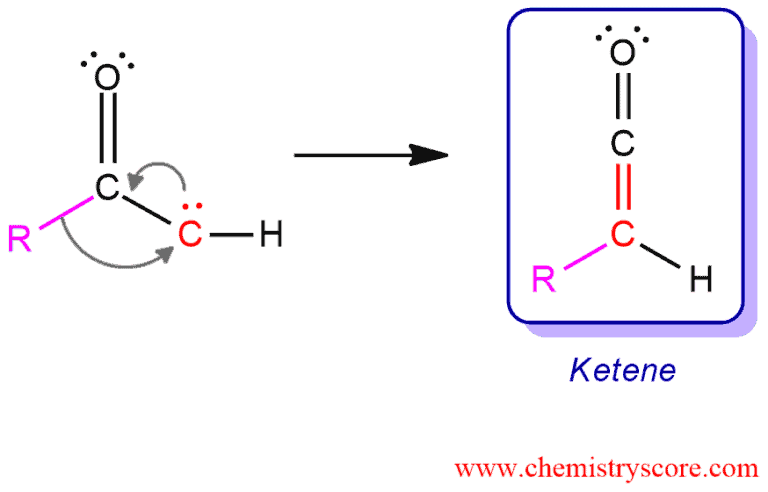 Possible mechanism 2: Everything happens here at the same time avoiding the step of producing carbene.

The Wolff rearrangement yields a ketene as an intermediate product, which can undergo nucleophilic attack with weakly acidic nucleophiles such as water, alcohols, and amines, to generate carboxylic acid derivatives or undergo [2+2] cycloaddition reactions to form four-membered rings.